#MelanogasterCTF is possible thanks to a multidisciplinary team, made up of researchers committed to the relationship between science and society. Our team defends that it is essential to communicate the science that we carry out in the laboratories, and to involve society as much as possible in this science. That is why they dedicate part of their time to #MelanogasterCTF. Thanks to this diverse team of women scientists who act as role models for young secondary school and high school students, the #MelanogasterCTF project acts as a catalyst for the necessary change in science and society in favor of a more transversal and diverse science. 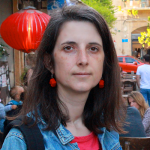 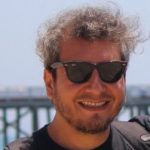 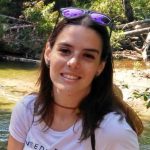 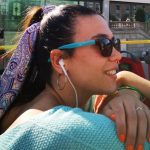 Josefa González obtained her PhD from the Autonomous University of Barcelona (UAB), ​​Spain. After a first postdoctoral stay at UAB, he moved to Stanford University to work with Professor Dmitri Petrov. While at Stanford, she was first a Fulbright postdoctoral fellow and then an associate researcher in the Department of Biology. In 2011, she joined the Institute of Evolutionary Biology (IB E) in Barcelona as a Ramon y Cajal researcher. Since March 2017, she has been a CSIC Senior Scientist at IBE. Dr. González is co-founder and coordinator of the Drosophila scientific research network on genomics, DrosEU, and is part of the Spanish network of excellence research AdapNET. She is a member of the board of the European Society for Evolutionary Biology (ESEB) and coordinator of the Evolutionary Biology section of the Catalan Society of Biology. She is currently an ERC (European Research Council) researcher.

He is responsible for the design of the project and its communication. Roberto has a long history in advertising and marketing and experience as a consultant in scientific communication. Co-director of the science outreach platform La Ciència Al Teu Món (Science in your world). He has experience in the design, implementation, and evaluation of both in-person and virtual promotional activities. In addition to having extensive knowledge and experience in audiovisual production, he has also designed interactive teaching materials and multimedia content for the dissemination of science. He has developed communication concepts and strategies for different research centers, scientific networks, and scientific magazines at an international level. Roberto has been recognized for his outstanding work in science communication aimed at youth audiences. He is also the Communication Officer of the COST EuroScitizen Action, where we also contribute to the Citizen Science working group.

She completed her studies in Biotechnology and later specialized in Bioinformatics in order to be part of scientific projects from the collection of samples, through processing, to the subsequent analysis of data. She is currently a PhD student at González Lab, researching which parts of the genome may be involved in adaptation to different environments using Drosophila (the fruit fly).

“Being part of a citizen science project such as #MelanogasterCTF is very enriching both for scientists and for the students of the participating schools. This type of project allows to make science known to citizens as something much more accessible than it seems, and thus establishes a relationship in which both scientists and citizens help each other.”

Graduated in Human Biology and MSc in Biomedical Research. She has completed a PhD in Genetics at González Lab and is currently a postdoctoral researcher in the same laboratory. He has collaborated in the different scientific dissemination projects of González Lab and especially in the #MelanogasterCTF citizen science project.

“The #MelanogasterCTF citizen science project has made known my research in different schools and high schools throughout Spain. Personally and scientifically, the great involvement shown by all the participants, both students, and teachers, is highly motivating and enriching and highlights the need to offer more citizen science projects to society.”

Graduate student of biotechnology at IQS School of Engineering (URL), an institution that has allowed her to develop her skills and interest in research. During summer 2019, she completed an internship in the IRTA Torre Marimón ruminant department, working on the production of recombinant proteins. Currently, she works at González Lab at the Institut de Biologia Evolutiva (CSIC-UPF) to develop her final degree project based on in the study of the role of transposable elements (TE) in the adaptation of Drosophila melanogaster from the application of CRISPR / Cas9 technology to functionally validate the identified mutations.

Irene got in touch with González Lab through the #MelanogasterCTF citizen science project, designing and developing the «Magni-Fly» device that converts the mobile phone into a stereoscopic magnifying glass for the classification of Drosophilas.

He also directs the Barcelona scientific dissemination event ‘BCNspiracy’, and participates as a scientific advisory technician in the citizen initiative Ciencia en el Parlamento (‘Science in Parliament’). He is Secretary General of PRISMA, association for affective-sexual and gender diversity in science, technology and innovation, and member of #ComunicaBiotec, Association of Biotechnology Communicators.