The IES Benjamín de Tudela is a public center of regional scope located in the Navarran town of Tudela. About 1488 students from Tudela and other towns in the region attend the institute, which has 164 teachers who teach ESO in Spanish and bilingually with English and French (within the MEC-British Council project, the bilingual section in French and the English multilingual program from the Comunidad Foral de Navarra), ESPA (Secondary Education for Adults), Baccalaureate (Sciences and Engineering, Health Sciences, Humanities, and Social Sciences), Bachibac (Bilingual Baccalaureate in French and Spanish) and Baccalaureate for adults.

Last year was the 50th anniversary of the center and, throughout this time, efforts have been made to provide quality education, both academic and human, attentive to the changes generated by social evolution. The educational project of the center tries to obtain the best school results with the diversity of the students, to be recognized as an educational benchmark in Navarra and beyond, and to contribute to significantly raising the cultural level and integration of the population.

A differentiating fact of the center is the exchanges that take place with other centers. Currently, there is a relationship and exchanges of students and teachers with other similar centers in the United Kingdom, France, Germany, and Canada. Likewise, the center is immersed in a new project for the integration of New Technologies in classrooms through the use of free Chromebooks provided by the Department of Education of Navarra for ESO students.

Finally, the center annually announces the novel award “Benjamín de Tudela” for a novel written in Spanish and recently published, which highlights some of the values ​​that define the life of Benjamín de Tudela, an illustrious Jewish medieval writer and traveler from Tudela, the center’s namesake. The jury is made up exclusively of high school students and has already awarded two well-known writers (Eloy Moreno for his work “The Gift” (El regalo) and Fernando Aramburu for “Homeland: a Novel” (Patria)). Currently, the award is in its third edition. 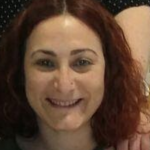 When I was offered the opportunity to participate in #MelanogasterCTF, I did not hesitate. I knew it would be an organizational challenge, but I was also sure that it would be a unique opportunity for students to experience and “live” science for themselves, awakening in them the passion for the search for knowledge and understanding of nature. Likewise, the possibility of involving not only the students, but also the rest of the educational community, in a scientific research project at a European level and, therefore, the knowledge generated by it and its applications, besides being something incredible, emphasizes the importance of education as a key element in the building of a society with civic and participatory citizenship, aware and concerned with what is happening around them, wanting to change the world.”

“Participating in European projects like #MelanogasterCTF is always enriching. They bring the students closer to the field and laboratory work in which they will be able to participate further in the future, forming part of leading scientific teams that facilitate our day to day. On the other hand, they promote values ​​of coexistence between students of different groups and ages, who know the work carried out in centers adhered to the project and also show their ability to be part of voluntary activities in which they have to get involved with time and effort. As a participant in #MelanogasterCTF I can say that it has been a beautiful experience, and I think being in contact with the applied and real work of science is essential for the comprehensive education of the students.”

“#MelanogasterCTF seems to me like a participative and very positive didactic experience for both teachers and students. To the students, it provides the possibility of participating in a true scientific project, and to us teachers it gives the possibility of working with the students from an innovative, enjoyable, and eminently practical approach.” 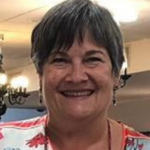 “#MelanogasterCTF is the first Citizen Science Network in which the center participates and I think it is a great opportunity, both for students and for the entire educational community. Being able to take part in an ongoing scientific research project, and being able to contribute to the generation of scientific knowledge that can be applied for the benefit of society and the natural environment is a unique opportunity to contribute to the comprehensive training of our students and to commit to more innovative and participatory education.” 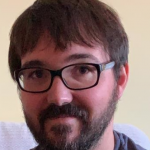 “It has been a pleasure for us to be able to collaborate in #MelanogasterCTF and bring science closer to young people. As the person in charge of a leading agricultural holding, I find it a very interesting and attractive project for the students. I would have loved the opportunity to participate in such a project when I was a student.” 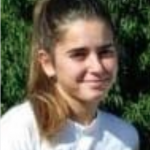 “#MelanogasterCTF seemed like a very interesting experience, because I have few opportunities to work in the field to collect samples and then analyze them in the laboratory. I was delighted to see the fly in a magnifying glass and to contribute our grain of sand to a scientific advance. Working as a team, and especially with your classmates, makes work much more pleasant.” 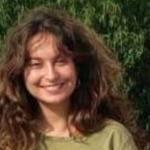 “The #MelanogasterCTF experience was a lot of fun and we learned a lot. You do not always have the opportunity to collaborate in scientific research. Hunting the flies was complicated, but I had a great time, although the best was to classify the flies, because we felt like real scientists. Participating in #MelanogasterCTF is highly recommended, as it is a more practical and attractive way to learn and put into practice our biological knowledge.”

“I think project #MelanogasterCTF has been an enriching and innovative experience for me and for the future students who carry out the project. Being able to experiment outside the center, interacting with nature, and being able to spend some extra time learning to classify and differentiate the different types of flies Drosophila melanogaster in the laboratory, has been a lot of fun.”

“I think #MelanogasterCTF has been a very interesting experience, since although we had already done some practical workshops, they were always in the laboratory, and we had never done ‘boot science’.” 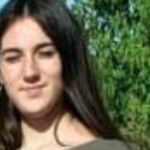 “For me, #MelanogasterCTF has been a very fun experience with my classmates and my teacher, in which we have learned a lot about flies and used new materials, both to hunt them and to observe them in the laboratory. I hope that #MelanogasterCTF can be continued for more years and the project goal can be met. It was a unique experience.”

“#MelanogasterCTF has been an incredible experience, which I would repeat, with the aim of understanding how organisms adapt to the environment, taking the fruit fly (Drosophila melanogaster) as a model. Thanks to this project, I have been able to learn to identify and classify the different species of this type of fly, together with their different physical features. In addition, it has served to delve a little deeper into the issue of their genetics, which varies in different parts of the world.” 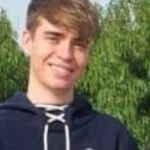 “In the center, we participated in the #MelanogasterCTF project for two days. The first, we went hunting the flies; I found it quite entertaining, but the flies were not easily hunted. Still, I had a great time with my peers. The second day was even better: we analyzed the flies in the laboratory, without a doubt the best part. Being able to use the laboratory equipment was incredible.

#MelanogasterCTF at the IES Benjamín de Tudela, in the press