My participation in DrosEU Lisboa, explaining my collaboration in the Citizen Science project #MelanogasterCTF 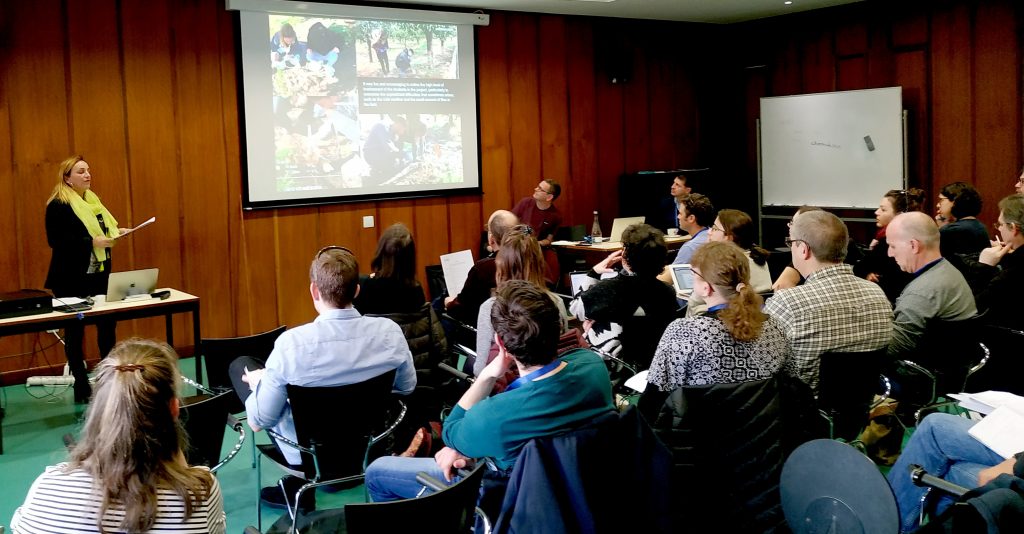 Carmen Arboledas Hita, teacher at the Health Department of the CES Ramón y Cajal in Granada, shares her experience by presenting about her participation in the Citizen Science project “Melanogaster: Catch the Fly!” (#MelanogasterCTF), at the annual working meeting of the European Drosophila Population Genomics Consortium (DrosEU), at the Gulbenkian Institute of ScienceScience last February in Lisbon, Portugal.

“The first thing that I was able to verify was that DrosEU is made up of a great human team. There is a great deal of scientific collaboration between them and a lot of cooperative work.” 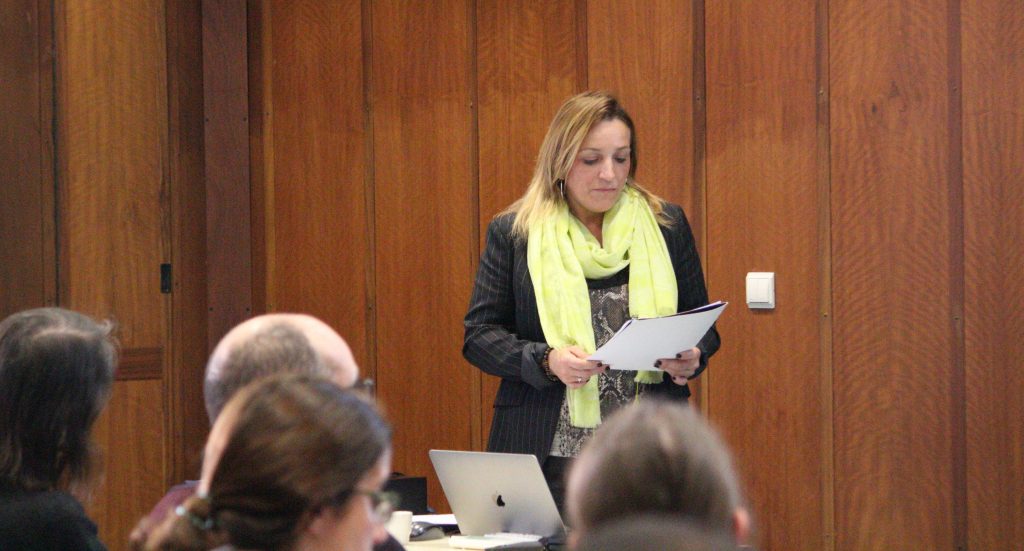 “The scientific talks have been very interesting, and I found it a positive experience to be able to transfer to my students the great research work behind our collection of samples of Drosophila (fruit fly). After our small contribution to science, there is a great team of scientists analyzing, studying and drawing conclusions of high scientific rigor, so our first step must also be well organized and elaborated so that everything else is of utility.”

“The students who have participated in this project study a Vocational Training cycle of Environmental Health Technician and are highly committed to everything related to the Environment, so the possibility of helping them understand how species adapt to different environments and climate change that we are living in is very exciting for them. Also, I think it is both innovative and exciting to know that there are researchers trying to understand this adaptation for all society.” 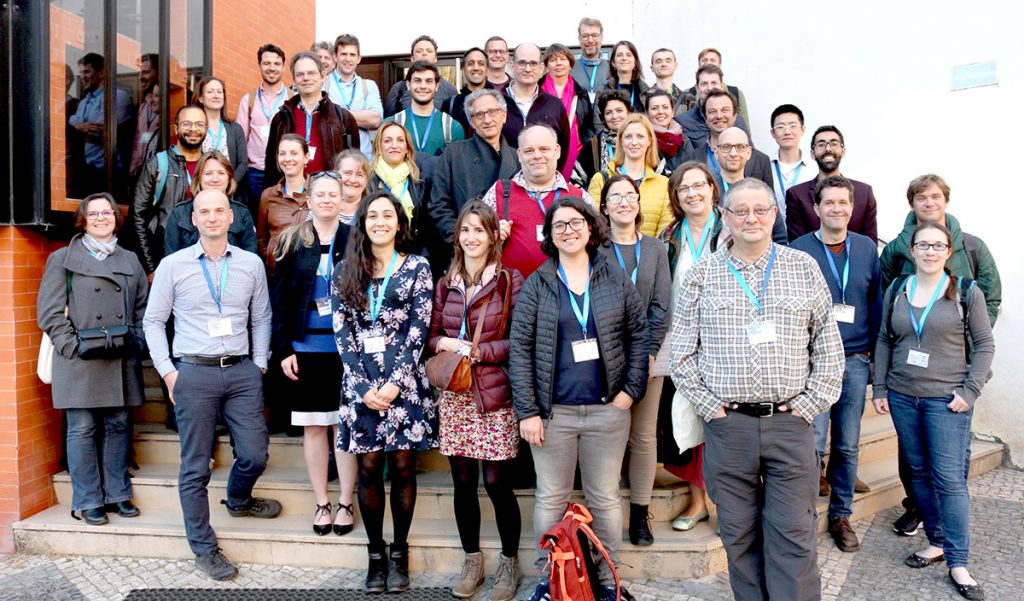 “I hope that my small and simple exhibition of the work I do with my students in the Citizen Science project “Melanogaster Catch the Fly” (MCTF) can serve as an example for DrosEU researchers to encourage other schools and students to participate in their respective countries. There are advantages for the students themselves, the teachers involved, the schools, families, and the community in general. I hope that the scientists saw that this collaboration was very positive for them too since it gives them visibility and puts them closer to society.” 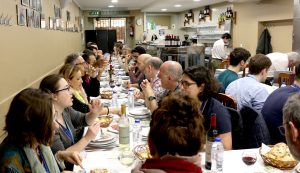 “Finally, despite the brief nature of the meeting, I felt very sheltered, especially by Roberto Torres and Josefa González (Creative Director and Scientific Director at MCTF), but the rest of the DrosEU scientists were also very kind to me. I hope this is the first of many more meetings. DrosEU can count on me for anything that my students and I can contribute.” 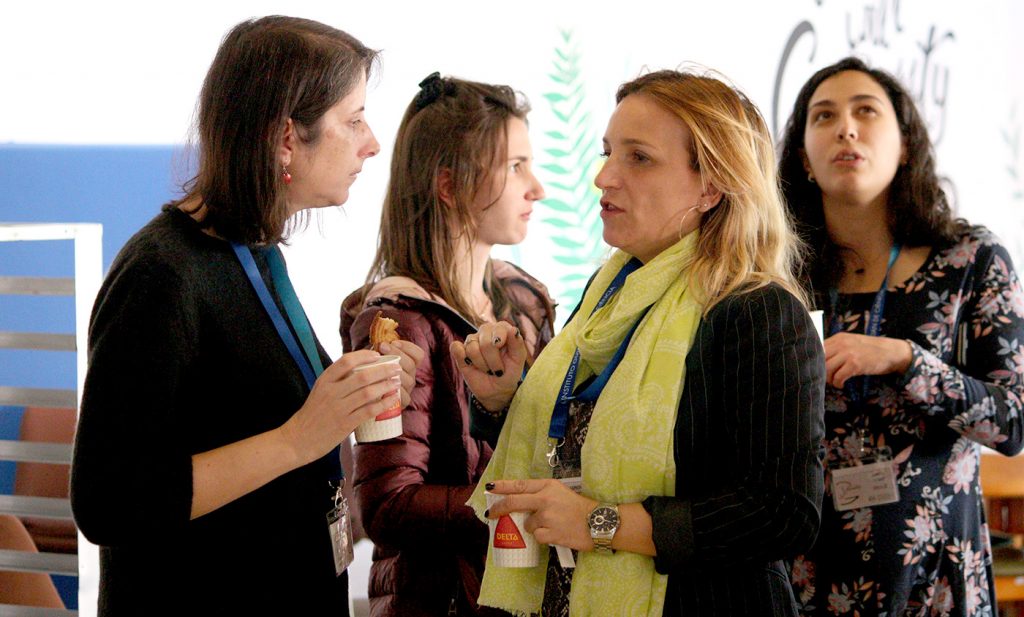 “From my participation in the #MelanogasterCTF project, I would highlight several aspects: 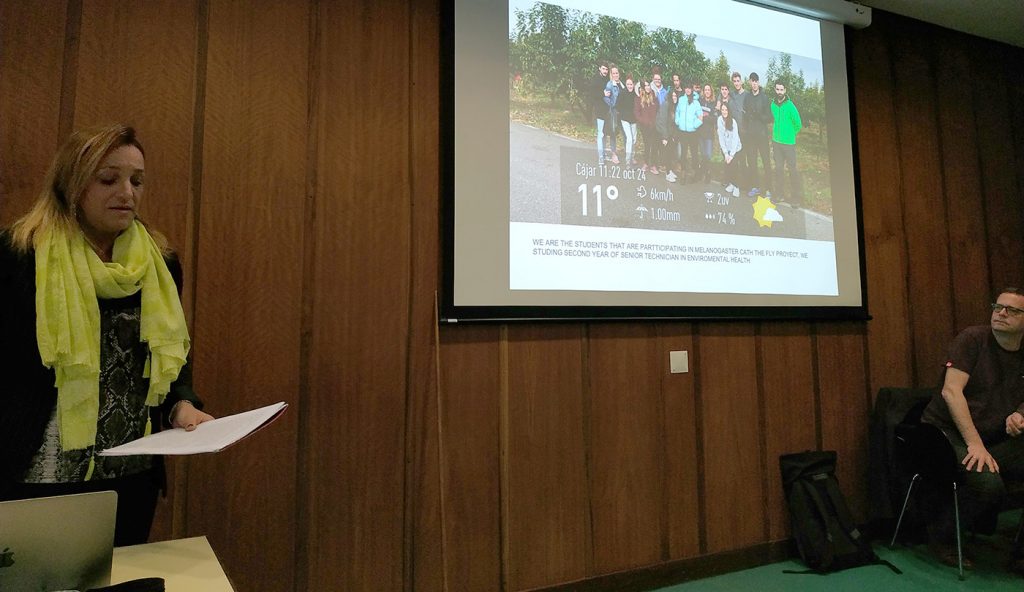 “Thank you very much for everything, dear DrosEU group and #MelanogasterCTF!”

The Citizen Science project “Melanogaster: Catch the Fly” and the “Show the Fly to Europe” activity are initiatives of La Ciència Al Teu Món and the Laboratory of Evolutionary and Functional Genomics (IBE, CSIC-UPF), with the collaboration of DrosEU, and are funded by the European Research Council (ERC), and the Spanish Foundation for Science and Technology (FECYT) – Ministry of Science, Innovation and Universities.