The citizen science project Melanogaster: Catch the Fly! expands its activities to reach a new target with the data analytics activity Code the Fly

During the last semester of the 2020-2021 school year, the Melanogaster: Catch the Fly! project, directed by the Laboratory of Evolutionary and Functional Genomics (IBE, CSIC-UPF) and the scientific dissemination platform La Ciència Al Teu Món (LCATM), launched the first edition of its citizen science in bioinformatics — Code the Fly— to university students

Code the Fly is a citizen science activity in which participants contribute to science by analyzing the Drosophila melanogaster genome—specifically the mobile elements—using bioinformatics tools. In Code the Fly sessions, students receive a brief introduction to the Melanogaster: Catch The Fly! (#MelanogasterCTF) project, the mobile elements, and the operation of the T-lex3 software, which was developed by the Laboratory of Evolutionary and Functional Genomics (IBE, CSIC-UPF). T-lex3 is a program that allows the detection and estimation of the frequency of mobile elements, a type of genetic variant, in different Drosophila populations by analyzing the sequenced DNA data that are freely available in public databases. This brief introduction allows students to acquire the necessary skills to analyze DNA sequences using bioinformatics methods. The data obtained by the students is then evaluated, validated and used by the scientists who are part of the European Drosophila Population Genomics Consortium (DrosEU). It should be noted that the bioinformatics modules used to carry out the activity have been specifically designed and developed for this project.

Three Code the Fly sessions were held for the first edition, in which 150 Biology and Genetics students from the Autonomous University of Barcelona (UAB) participated. In addition, Code the Fly has been offered to participants of the Programa Argó carried out by the UAB. The Programa Argó from the UAB offers summer stays to high school students, which provides them with the opportunity to explore the university environment and give them first contact with the research world, including the areas of bioscience, science and engineering, among others. Throughout the program, students always have the support of university professors and researchers in order to help solve their curiosities about the future.

The evaluations from both university and high school participants have been very positive. One of their opinions is:

“Code the Fly is a great project to participate in, and the teachers will always help you during your participation”

Additionally, many  participants have highlighted Code the Fly activity as their favourite activity offered in the Programa Argó. The satisfaction of the students is due to the fact that they feel grateful for the opportunity to directly collaborate in a real research project; helping to analyze sequences that will later be used in the genomics laboratories of the DrosEU consortium.

The bioinformatics Code the Fly sessions have been presented by Dr. Sònia Casillas, from the Genomics Group, Bioinformatics and Evolution (GGBE) Department of Genetics and Microbiology at the UAB, member of the DrosEU network and scientific director of the Code the Fly activity.

Until now, the citizen science activities of the #MelanogasterCTF project have been developed mainly for secondary and high school teachers and students. Students and teachers of the participating scholar centers are in charge of collecting samples of Drosophila in fruit tree fields, classifying them according to the species in the laboratories of their scholar centers, and preparing them to send to the research institutions, who then sequence the genomes of each of the samples. The citizen science project #MelanogasterCTF designed the Code the Fly activity with the aim that more citizens can participate in the project. In this first edition, university students who are familiar with biology, genetics and bioinformatics all participated. Currently, Code the Fly modules are being adapted to be used for citizens who are curious and interested in collaborating with the project through bioinformatics and genetics in a more autonomous and self-taught fashion.

To register for the Code the Fly activity and start collaborating with the project, enter here: Code the Fly register

Citizen Fly Lab is conducted by the Genomics Group, Bioinformatics and Evolution (GGBE) Department of Genetics and Microbiology at the UAB. This activity takes place within the citizen science project #MelanogasterCTF, which is led by the Evolutionary and Functional Genomics Laboratory of the Institute of Evolutionary Biology (IBE, CSIC-UPF) and the scientific dissemination platform La Ciència Al Teu Món (LCATM). The European Consortium for Genomics of Drosophila Populations (DrosEU) also participates in the project. This project has the collaboration of the Spanish Foundation for Science and Technology-Ministry of Science, Innovation and Universities (FECYT), the European Research Council (ERC, H2020-ERC-2014-CoG-647900), and the General CSIC Foundation (FGCSIC). 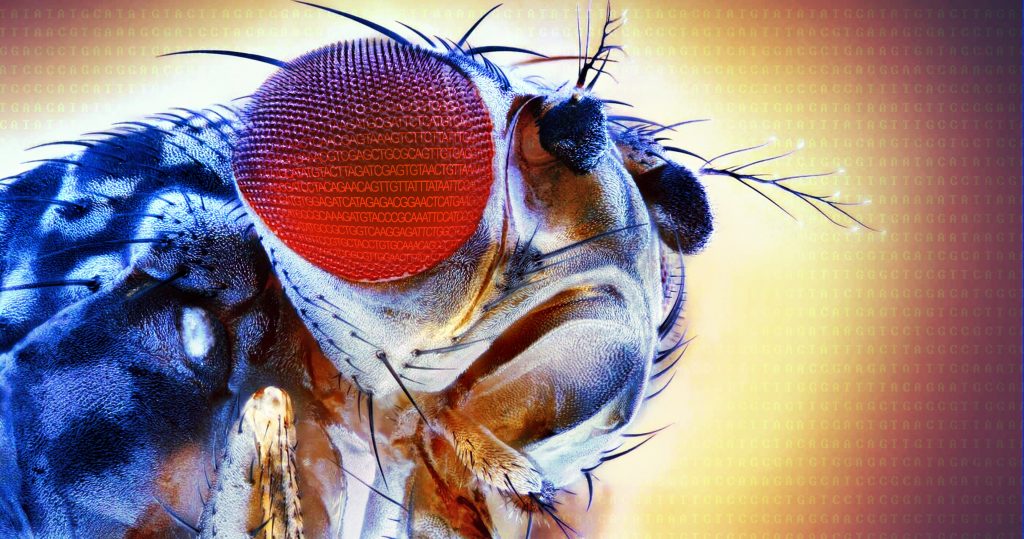