From May 18th to June 7th, secondary and high school students and teachers from Barcelona are participating in the citizen science mobile laboratory of the Citizen Fly Lab workshop. This workshop allows the experimental validation of mobile elements discovered in the genome of Drosophila melanogaster (the fruit fly), using basic molecular biology techniques (PCR and electrophoresis)

The Citizen Fly Lab workshop has been developed as part of the citizen science project Melanogaster: Catch The Fly! (#MelanogasterCTF). 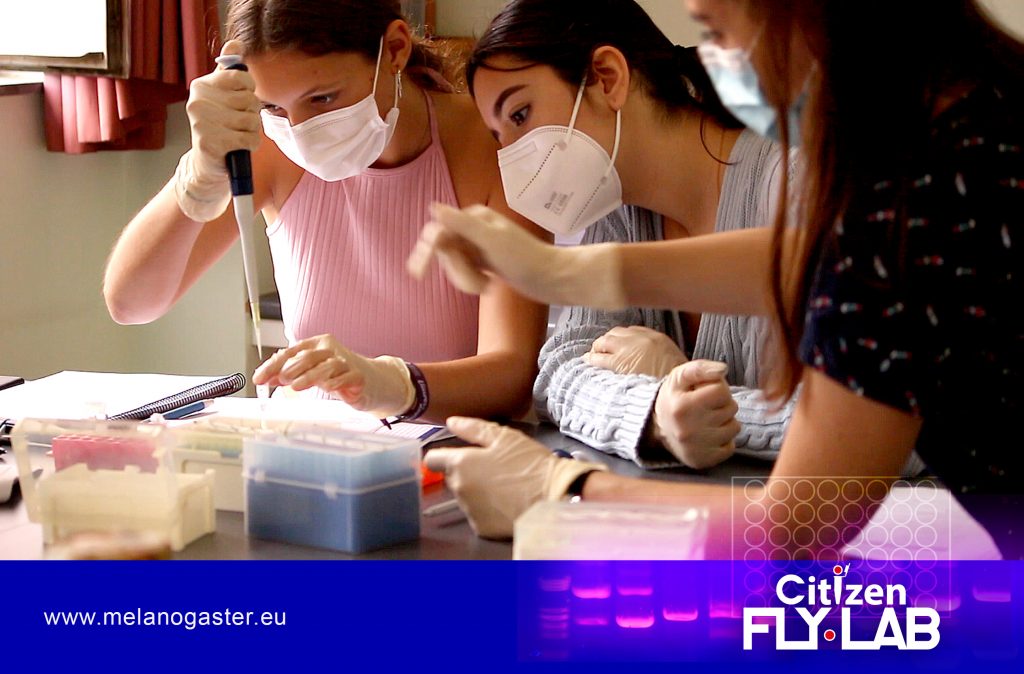 #MelanogasterCTF is a citizen science project in which students and teachers from all over Spain and other European countries contribute under a common scientific objective to our understanding of how organisms adapt to the environment by collecting and classifying flies of the genus Drosophila from fields close to their schools. Currently, in the #MelanogasterCTF project involves twelve Spanish schools, one German, two Ukrainian and one French school. Citizen Fly Lab has been launched to promote and increase citizen participation in the parts of the analysis that occur after the initial collection and classification of Drosophila samples.

Citizen Fly Lab is a mobile molecular biology laboratory that allows secondary and high school students to participate in the experimental validation of data obtained by scientists. The students validate the presence of mobile elements in the genome of natural populations of the fruit fly by using the PCR technique. Mobile elements are DNA fragments with the ability to move from one position to another in the genome, generating a large amount of mutations. Therefore, their identification is highly relevant to the study of adaptation, because some of these mutations can prove to be adaptive.

The Citizen Fly Lab mobile molecular biology laboratory contains all the materials needed to carry out the extraction, amplification and visualization of the DNA of the biological samples that need to be analyzed. Specifically, it consists of a DNA amplification machine (PCR), an electrophoresis gel for visualizing the results, as well as pipettes and reagents needed to conduct the experiment. Participants contribute in all the processes required for the validation of the mobile elements: from the design of primers needed to carry out the PCR using bioinformatics programs, to the analysis and the interpretation of the generated data in order to reach conclusions that are then communicated to scientists.

The Citizen Fly Lab workshop also includes a virtual theoretical session prior to the experimental session, in which the scientific relevance of the citizen science project #MelanogasterCTF is explained. Likewise, in this session the basic concepts of evolutionary biology (adaptation, genetic variability, mutations and mobile elements) and the experimental techniques that the participants will use are also introduced. 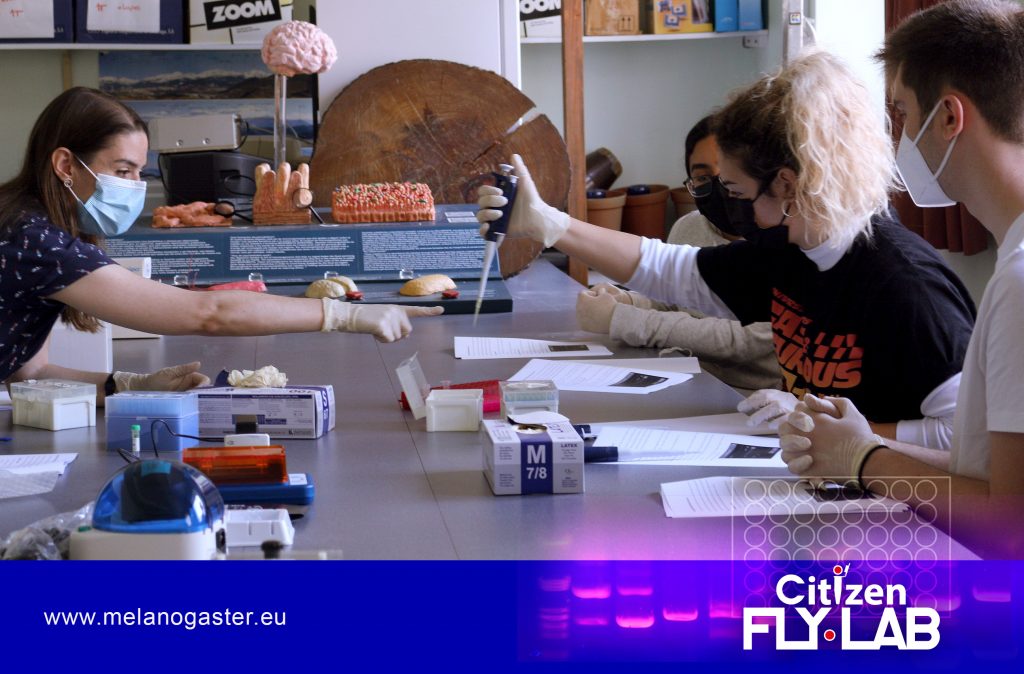